Securing the Foundations of Scalable Systems

Multicore OCaml is an extension of OCaml with support for Shared-Memory Parallelism and Concurrency. OCaml 5.0 aims to ship with support for Shared-Memory Parallelism. Upstreaming Multicore bits to OCaml trunk is already underway, and some major patches, such as the instrumented runtime, GC Colours, Safe points, etc., have been merged. This post aims to take readers through changes necessary for a smooth trasition to Multicore.

As OCaml 5.0 gets closer to reality, there’s increasing interest among library authors to port their libraries to Multicore. OCaml 5.0 will be accompanied by a robust set of libraries, such as domainslib to aid writing efficient parallel programs. Algebraic Effects is expected to land in later versions of OCaml. 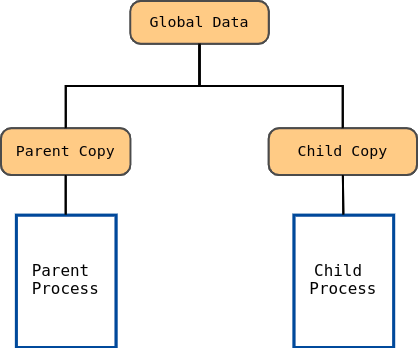 Building Your Package with Multicore OCaml

Getting the Multicore compiler is easier than ever! It can be obtained from opam-repository with:

A select set of packages including Lwt, Irmin, Coq, Base, Core, etc., are monitored with more scrutinity. As a part of the OCurrent pipeline, Multicore CI builds all the packages and runs their testsuite for every commit to 4.12.0+domains. This process aims to catch bugs early and maintain compatibility with the wider ecosystem.

Fuzzing tools will be available soon to detect data-races. Refer to the Parafuzz talk for more details.

Standard library isn’t thread-safe by default. Mutable interfaces such as Stack, Queue, etc., still don’t incur overheads on sequential code. They can be wrapped with a Mutex or replaced by their Concurrent counterpart for use in Multicore programs. The Multicore OCaml memory model guarantees memory safety even for programs with data races.

Observationally pure interfaces are preserved. Random, Hashtbl, and Format use mutable data internally, though they are not exposed to the user. Such modules are still safe to be used in Multicore programs, as their global state is replaced with domain-local state.

Multicore implementation of systhreads is backwards compatible. Hopefully no surprises there!

During the development of the Multicore garbage collector (GC), some breaking changes were introduced in the runtime. This would affect code explicitly accessing GC internals. Changes in the runtime are discussed below:

Lazy values can be forced from only one domain at a time. Concurrent forcing of Lazy values will raise RacyLazy exception.

To circumvent this, we can useLazy.try_force which returns option valueNone when some other domain is forcing the given Lazy value.

Once the nnpchecker is installed, the checker runs during program execution and reports the address out of heap pointers, if present. frama-c contains naked pointers; the nnpchecker report is below. To find the pointer’s source, watchpoint can be set at the given address on Mozilla rr, which will show the location of that naked pointer.

We recommend evaluating the global variables, and if the code still requires them, they could be referenced from Caml_state, which refers to the calling domain’s Domain State.

Historically OCaml had the GC colours Black, White, Blue, and Grey. Since OCaml 4.12, the Grey colour has been replaced by Multicore’s mark stack. Multicore OCaml’s GC colours are MARKED, UNMARKED, and GARBAGE.

It’s clear that directly referring to historical GC colours will not work with Multicore. The GC colours’ API is not meant to be stable anyway, so our best bet is to replace it with a more stable one. In inevitable cases, the Multicore equivalent can be used.

Lwt is a Monadic concurrency libaray widely used in the OCaml ecosystem. Lwt has proven to be efficient for I/O parallelism. With Multicore, we attempt to introduce CPU parallelism in Lwt. This is elaborated in this blog post and PR.

Hopefully, this helped you in a smooth transition to Multicore. For any specific incompatibilites, don’t hesitate to contact us via the issue tracker.